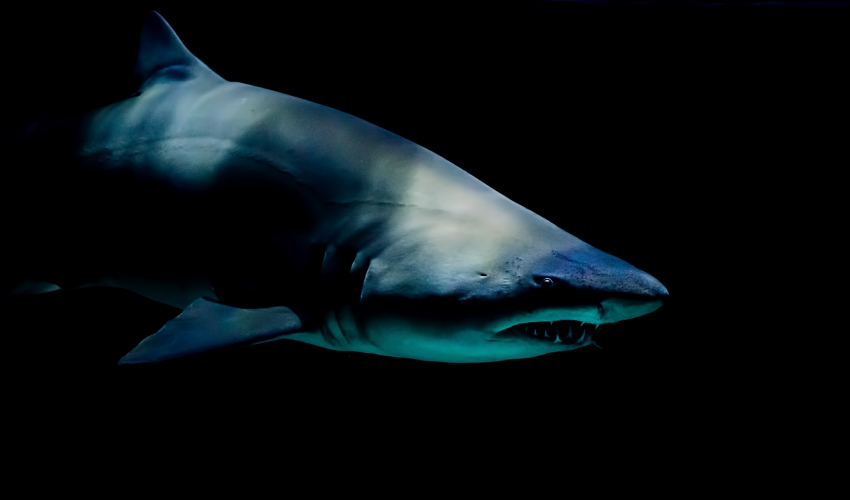 It’s that time of year again: Shark Week! For our readers who are champing at the bit, the 30-year anniversary of Shark Week begins Sunday, July 22. It’s one of the longest-running and most anticipated TV events in the world, during which eager viewers can get the latest scoop on sharks. The Discovery Channel series includes research on some of the most unique shark species and how we can preserve these beloved (or infamous, depending on who you’re talking to) creatures. On today’s post, we’re going to dive into the deep end of the dental side of sharks by discussing how shark teeth compare to human teeth.

Killer Carnivores Under the Sea

Sharks’ mouths are designed to help them fulfill their role as some of the ocean’s fiercest predators. There are two types of shark teeth. While there are some shark species who only have one or the other, a majority of them have both types of teeth so they can hold their prey in place as they finish them off.

Duh duh, duh duh, duh duh, duh duh, DUN NAH NA! Another incredibly interesting facet of the design of a shark’s mouth is their jaw. The upper jaw of a human (and most mammals for that matter) is attached to their skull, but a shark’s upper jaw is detached and can move much like their lower jaw. This allows them to actually thrust their mouth out to grab prey. If that concept seems foreign, follow this link (if you’re brave enough) and take a look for yourself!

"Hello Fish, I Am Pleased to Eat You."

Small sharks typically eat crustaceans, mollusks, and smaller fish, while large sharks also eat mackerel, tuna, seals, sea lions, dolphins, porpoises, and smaller sharks. Although sharks seem terrifying, there’s actually a very low chance of you getting eaten by one because they don’t really like humans for food. Any sort of attack on a human is usually either a case of mistaken identity (“I could have sworn that human was a seal.”) or a defense mechanism because a human got too close. Most times, even if they do attack a human, they won’t continue to dig in after they realize that the human isn't very tasty.

The Ocean Is "Home" to Our Finned Friends

But always be watchful and careful of your surroundings when exploring the ocean. Keep in mind that the ocean is a shark's home and we should respect their role in the underwater ecosystem. Sharks are often killed out of fear or to be sold for their body parts. In honor of Shark Week, consider donating to a shark charity to help out our finned friends from a safe distance.

Reach Out to Our Expert Team—We Don't Bite!

To get a great white shark, er, smile, ask us about our cosmetic dentistry services by contacting us. One of our friendly team members will be glad to schedule your next visit to either our Malden or Jamaica Plain dental practice.

This thread has been closed from taking new comments.